dbjungle, 23 Sep 2022Exactly! In addition to this... Everything Qualcomm has released after the Snapdragon 865 / ... moreSure, a cheap Toyota can almost travel 180km/h like a BMW 7 series, but it's not about travelling at 180km/h, it's about the overall ride.

Because Google/Android makes almost every installed app run in the background and almost every app will track your actions (switching on your screen, moving from wifi to cellular, etc), the amount of background OS processor use is incredible. Just look at the lag whenever you unlock a pixel phone compared to other flagship phones after a period of use and you will know the difference. Such OS lags are very visible in many aspects of Android when you use a "lesser" processor.

Every test I've done with an Android phone with lesser processor is an exercise in frustration. Always makes me wonder how people live with such a laggy phone. I also understand why some people complain their Samsung phones are so laggy (a $300 phone) compared to an iPhone ($1000 phone).

john doe, 19 hours agoThat is pretty cool having them at this price. I have been thinking about buying a pixel phone... moreSince Android cupcake, I have been disappointed again and again every time my phone updated to a new Android version.
1) No update has ever brought about earth-shaking ground-breaking life-changing updates. In fact, 90% of the changes are invisible to people who never read changelogs
2) I've been using Samsung phones as my main phones since Galaxy S2, and... most of the visible changes in Android updates were copied features from Samsung's OS modifications - When Samsung implemented them, everyone called it bloated and excessive. When Google copied the features over, everyone praised the hell out of them. I never did understood.
3) Pure "Android" devices are pretty crappy to use - you typically need to install another 3 to 5 assistant software in the background to give you functionalities that other manufacturers built into their skin. It took 3 or 4 OS iterations for Android users to have shortcuts in the pulldown notification bars.

If you're not a techie who roots, wipes their phones and cooks their own ROM, or just out for hype, I suggest you look elsewhere. Every "average person off the street" I know who bought a Pixel changed phones within a year. Apart from being full of bugs, having poor battery life (and the magic eraser), there's not much going for a pixel phone.

That is pretty cool having them at this price. I have been thinking about buying a pixel phone for sometime but I just wanted them use 120hz before I got one. Also another reason I have been thinking of getting one is for the software update. Currently have a Oneplus that still hasn't rolled out android 12 (android 13 is already out) to this device. Anyways I for sure won't buy another Oneplus.

$599 is a great price point for a good phone and that is where the mainstream high end phone should have stayed at. iPhone non-Pro, Galaxy S non-Plus/Ultra, OnePlus non-Pro (but OnePlus is dead anyway haha) should all have that price.

Still hoping to buy first ever pixel phone. I love android not ever using other OS. Google phones have small screen for my preference that's why i have not bought any pixel. If 7pro can be 6.8 then i would go for it.

Anonymous, 22 Sep 2022Won't be weird at all if the price was higher. It's common for lot of flagships to c... moreI'm not talking about ,,most" flagships, it's about Google. If they didn't fix the issues that were previously on Pixel 6 lines, it would be weird if Pixel 7 costed more. We will see, i hope they did fix everything.

Thatguy, 23 Sep 2022bugs are features with pixelsYou know what they say? .. if you have nothing good to say, then don't say anything.

Anonymous, 23 Sep 2022Lol when Pixel 6 series was released, we got new bugs every week bugs are features with pixels

have Pixel 6 Pro with unlocked bootloader and root on Android 13 and it's near flawless, the only thing that I can see is an issue is forced 120Hz refresh rate which does consume battery.

the only thing I hate about the Samsung SoC I mean Google Tensor is the way the modem is configured, you can multi lock network bands so for example there is no way to lock Band 3 and Band 28 together for maximum coverage and data rate Inna CA state, I blame Samsung for this poor implementation of how they configure the modem, Qualcomm does it better but Google chose Samsung for Tensor

see no reason to change from my 6 pro. what's actually new?

Bummer, 23 Sep 2022Google marketed the Tensor not for its speed but its machine learning stuff. I mean if it was... moreExactly! In addition to this... Everything Qualcomm has released after the Snapdragon 865 / 870 has had overheating issues. If you watch any good reviewer they will show that after a while sustained performance can often drop to less than the SD 870 on both the 888 and 8 Gen 1. Finally, everyone doesn't want to play Genshin Impact at 55fps on their phone making the benefits of the top SoCs relatively meaningless.

I could legitimately use a Snapdragon 730 phone and be fine. I spent all of last year using a Snapdragon 765 on the Pixel 5a. Tensor is a warm welcome of performance for a reasonable price. I currently have 1 device with an A15, 2 devices with SD870, 1 with Dimensity 1100 and 1 with Tensor. Tensor is perfectly fine compared to all of these.

Bodygard, 22 Sep 2022In Europe though it'll cost above €1000 for sure, the Pro. The 7 will be probably around €800.I bought my Pixel 6a on Amazon DE for the advertised €459. Unfortunately for me, it goes for €399 now, but we won't talk about that. I've also seen the Pixel 6 family on Amazon DE for the expected prices since I moved to Europe in January. I don't live in Germany. If the phones are on Amazon DE, they will be their expected prices as long as Amazon has stock.

Anonymous, 23 Sep 2022Lol when Pixel 6 series was released, we got new bugs every week Gen 1 that's all and fixed. This is gen 2. Their is so much to love about these devices. Loved my p3 and p5. 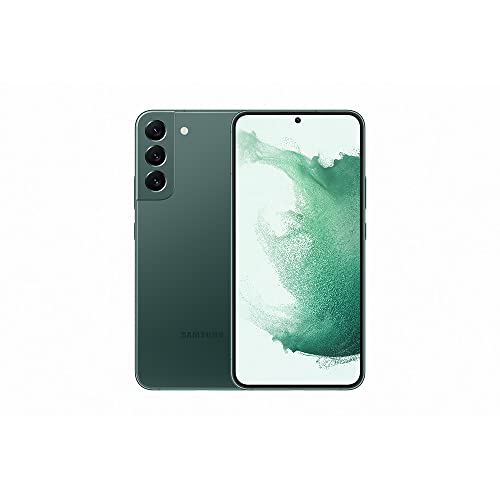